Before I moved to the other side of the desk, I grew up on Long Island's south shore, and minored in astrophysics and philosophy while earning my B.A. in English Literature from the University of Toronto in 1987. After teaching sixth grade in New York City, I returned to the University of Toronto, where I earned an M.A. in English Literature in 1989. From 1991 to 1992, I taught ESL at Adelphi University. In 1996, I earned my doctorate in American Literature from the University of Delaware. Before coming to Chaffey in 1998, I taught composition and literature at the University of Delaware and at Cecil Community College in Maryland, where I also served as Director of the Writing Laboratory.  I published several encyclopedia entries, book reviews, and articles on poetry in Connotations, Twentieth Century Literature, and Paideuma.

I have been teaching distance education for as long as there has been an Internet and am certificated in Distance Education from @ONE.  I graduated with the NEA's Emerging Leader Academy class of 2012-2013. I have served as chief negotiator, grievance officer, membership chair, PAC Chair, and President of the Chaffey College Faculty Association, as Program Coordinator for the Milliken Planetarium, as Secretary of the Faculty Senate, and in other roles as well.  I have been recognized for service at Chaffey with the President's Award for Excellence.

In the English Department at Chaffey, I teach the range of courses both face-to-face and online.

Here's some stuff it doesn't include.  I love to travel and have been all over the world--Israel, Thailand, England, France, Spain, Portugal, The Netherlands--and all across the United States and Canada (twenty-eight of the states and five of the provinces).  Here's a photo of me in July 2000 in Portugal with Coco the road dog--a nasty little bugger who became my best buddy. 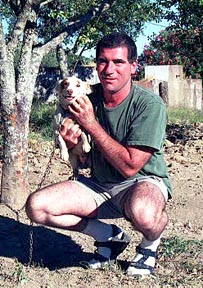 When I'm not at my computer, I'm gardening, peeking through my telescope, reading in my yard, or playing fetch with our dogs while the cat supervises. 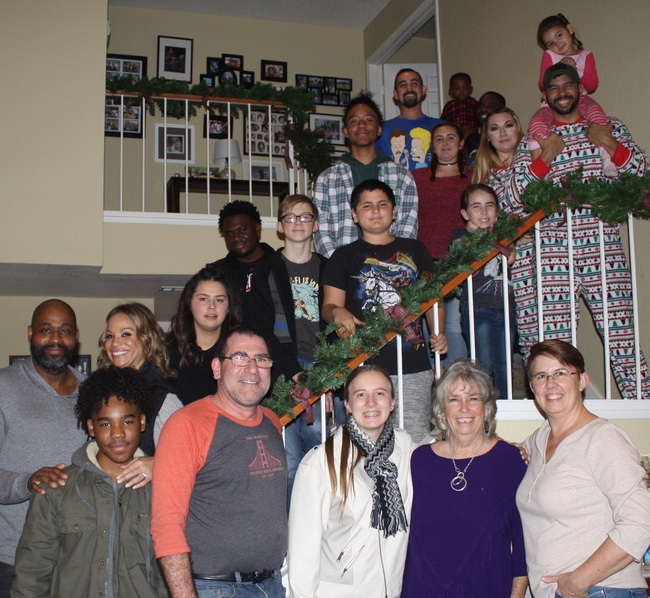